Archive for the category “D/s”

I Want to be Your Vixen

I Want to Read Your Story

I want to study your prose
Learn from the tales
Memorize your romances
And wish they were mine.

My Forever
My Always
My Workweek
My Holiday

My Today
My Tomorrow
My Serenity
My Afterglow

My Friend
My Lover
My Husband
My Hunter

My Safety
My Support
My Comedy
My Cohort

My Partner
My Mate
My Dream
My Fate

Just When I Think

Just when I think
The ache has subsided
I find myself battered, bleeding and gasping for air

Just when I think
I can survive without
I’m reminded its part of my heartbeat, my breath, my happiness

It hurts, just when I think

A Weekend away in Forbidden Paradise

It Burned SO GOOD!

WE DID IT!!!
I’m gonna start with some background. Anal sex was Completely OFF the table for both of us for years. Neither one of us was interested at all. When D/s and BDSM became part of our lives, suddenly we were discussing the possibilities. Maybe we would try? We might now be interested? Worth a try?
Three years ago, after beginning some play, experimentation and EPIC fails, we were finally successful at penetration. Unfortunately, due to a comedy of errors that were NOT funny at all, it became a disastrous memory. I wrote about my hurt afterwards. https://missameliaandsir.wordpress.com/2015/11/30/i-bared-my-soul/
For the past three years, we waffled between Never again, Maybe, I want to, No Way, Let’s try, Someday. The mental block was by far the Biggest Hurdle, but we had another HUGE problem too. Professor is Extremely Well Hung. We’ve had suggestions that we just stop trying because that thing will NEVER fit Anyone (LUCKY ME!!!). I must admit, I had almost given up any hope of ever having success.
Then came Friday night. Professor had planned an At Home Date night for us. It began with instructions on what to do, what to wear and inform him when I was ready. It proceeded to a private space where we talked, teased, spanked, sweated and fucked hard. It was a perfect evening. We were both tired and climbed into bed to snuggle and drift off to sleep. Being the constant perv he is, Professor began lightly rubbing the tip of his cock over my ass, telling me how much he enjoyed watching my plug move with every thrust. I was enjoying the sensation and asked if he wanted to try one more time. With lube applied, we weren’t sure his partially hard cock would even go in. Finally, with me relaxing and pushing back on his cock, Professor announced he was in. Tentatively, we began our familiar rhythm of thrust and pull. I could feel him growing inside me. It was SO TIGHT and burned, but I didn’t want it to stop. I could hear him reaching the edge of his cliff, so I began asking, “Fuck my ass Daddy. PLEASE Fuck my ass.” With skin tearing in his powerful grip, he climaxed and filled my ass with the first cum it had ever experienced.
I immediately burst into deep, sobbing tears. I couldn’t believe we had done it. Professor, fighting through his own emotions, clutched me tightly and claimed me, “MINE!” It was EXACTLY what I needed to hear. I wasn’t able to give him my virginity, it was gone before we ever met, but THIS was HIS, and HIS ALONE.
He began checking in on me, asking how I was feeling. I just wanted to lay in this connected space for a few more seconds and bask in the warmth. After we separated, and cleaned up, we couldn’t stop smiling and touching each other. It was a closeness I can’t even describe. We drifted off to sleep, laying close, with his hand resting on my ass cheek and him again declaring, “MINE!”
Epilogue: A couple days later, I’m still a bit sore, and LOVING EVERY MINUTE OF IT! XOXOXO

Today my Dear,
On day twelve,
I give to you,
A wicked delve.

Into a world,
Of pain and pleasure,
Where we both will find,
Life’s true treasure.

Today my Dear,
On day eleven,
I give to You,
A new possession.

A leather leash and collar,
with me on all fours,
To show the world,
That I am Yours. 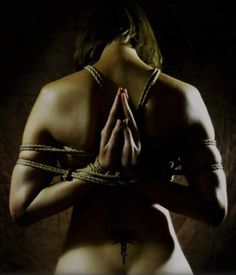 Today my Dear,
On day ten,
I give to You,
A lurid amen.

Pray to God, Allah,
Or venerate whomever You prefer.
Tonight I kneel to You,
Worship and serve You Sir.

Today my Dear,
On day nine,
I give to You,
Our bodies entwined.

There will be no distinction,
As we transcend.
No clear delineation,
Of where I begin and You end.

how to be a better me.

Some are calm, some are disturbed, some are lonely… but some are pleasantly busy!

Not your typical dominant, fourty something, I proudly defy labels. I my career lets me live, when I am living I ski, run, hike, read, write and embrace life. NSFW